half-Gator Tail and some Ruffles please

I'm supposed to text my dinner request to T, so I sit down at the Mac to search the deli's online menu; my brain seizes for a sec and I type "Joe's Deli" instead of "Jason's Deli" and now I'm all mopey and nostalgic for Gainesville again... 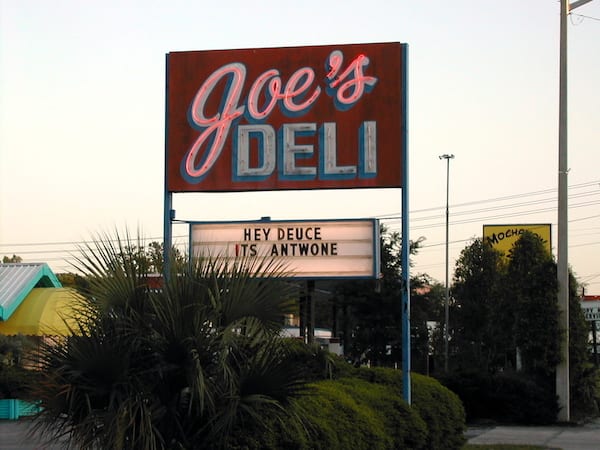 ...and now I'm on a whole vaporwave kick again..

Since using a minute of this in that terrible voicemail mashup, I've been playing the whole album over and over

It's styled terribly, but I just added a sidebar of micro.blog posts to my main blog. Moved to 11ty at the beginning of the year but had not yet figured out a way to deal with title-less short posts. As a result, I wasn't writing any. I think my under-the-hood stuff is going to work; keeping the two types of posts in two separate lists, on the site, but mergeing them together into a single RSS feed that micro.blog can interpret correctly.

Alas, I have to test it to see what breaks (I'm mostly curious if title-less posts are going to show up correctly in m-b.). So this is the test.

(Also sorry for whatever this might do to your feed-reader. Really hope I'm not about to re-publishing 100s of posts... ☹️)

Fooling around with 11ty again and realized it can also be a quick-n-dirty podcast platform. I needed some audio tracks (since I'm not going to be an actual podcaster), so I dug out some goofs from last year. This one was pretty low-effort but it makes me laugh.

I might write up how I actually created the podcast feed in another post. It's really just a variant of their starter blog, but with a bunch of podcast XML instead of the (relatively) simpler feed XML in their sample. (There's a badly incomplete pod.xml feed on this blog too, actually. I might do some work to improve it now that I've made a marginally better one in a standalone repo.)

It's still at the point where you have to write the markdown file yourself, though. Would be fun to build a little node server with an HTML form in front of it, that took your text and audio file and spit out a markdown file with correct frontmatter/metadata. Hm. 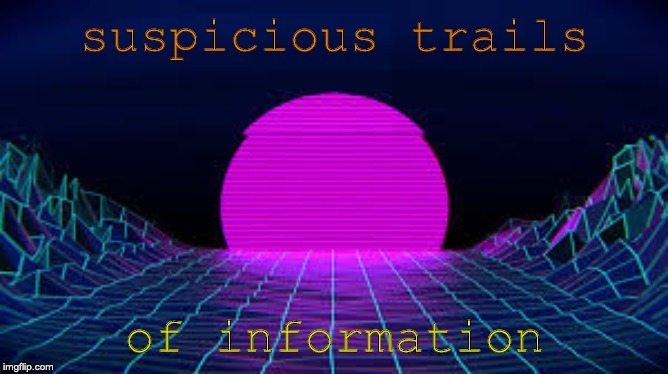 It started with create-react-app telling me A template was not provided. This is likely because you're using an outdated version... Quick search and I learned that locally-installed CRA is now a bad idea; suggestion was to uninstall and, in lieu of upgrading, always rely on the npx create-react-app my-app command.

Okay but I tried a simple npm uninstall -g create-react-app and CRA was still local, somehow.

More searching... oho, it was a question of which create-react-app. Mine was in /usr/local/bin, not an npm folder somewhere. This comment got me to realize that I had a bunch of globally-installed packages under the "system" version of Node, back before I installed NVM and started relying on it.

So, nvm use system && npm ls -g --depth=0 told me what those packages were. Now that I was nvm useing the system version of Node instead of the latest, I could do a global uninstall of CRA and it actually disappeared from usr/local/bin.

For good measure, I deleted all the NPM stuff there; it was all years out of date anyway. A different SO answer gave me an awk command to tack on to the prior list command and delete everything at once: npm ls -gp --depth=0 | awk -F/ '/node_modules/ && !/\/npm$/ {print $NF}' | xargs npm -g rm

I've censored myself from posting maybe 3 things today, because trivial humor seems inappropriate. I try not to watch the news (after years @ the Capitol, I have a sort of PTSD re: politicians) but I know enough about when to keep my mouth shut.

(IOW: "Gold Dust Woman" being stuck in my head for 2 days is not actually "the worst.")

I never feel more like a real web maker-type than when things go totally wrong... like when an SSL cert fails overnight, and cascades into 10 other failures. ("But you automated that, right?" Yeah, I did... for like 13 out of 14 sites. That last one, hidden in the default .conf file, it bit me good.)

TIL how to make SQL-like queries on data in Google Sheets, which is making my anxiety-driven finance-reviewing much weirder.

Give your chart a "NamedRange" name (Data | Named Ranges), then you can call QUERY() which takes 2 arguments: the NamedRange (in my case "Spending") and the query you want (in my case this is selecting the dollar amount in column F from any row where the store name @ column B is my liquor store).

I'm SUMming that QUERY and dividing by a certain number of days (@ B24) to get a "$AMOUNT spent at $STORE per-day" value.

I'm not saying it's convenient, but it's a neat trick I didn't realize until today: If you have an AppleTV and a Mac, you can hit New Movie Recording (cmd-opt-N) in QuickTime, switch the input to your AppleTV (click the little chevron next to the red Record button to change this), do the same for the microphone... and you can record the A/V of whatever's on the TV.

I sort-of assume there's a flag somewhere that keeps you from recording HBO & movie rentals? It's sorta analog-hole-exploiting (but digital??), otherwise? I just tested it with a YouTube channel.