an index of recent posts

Too many open tabs, I've lost track of how I ended up reading this, "The Internet is not broken. People are." (although I think "broken" isn't exactly the right word.)

The web can be a lonely place at times. You create a site, you push it online and then... what? What happens next? Nothing. Nothing is probably what happens next.

No one can amass million of followers on a person[al] blog in a matter of weeks. [...] And that's why most people don't go down the personal site path. Most people are not chasing freedom of expression. They're chasing fame.

not sure if fame is exactly the right word either (for most people; some, for sure!), but it's close enough. 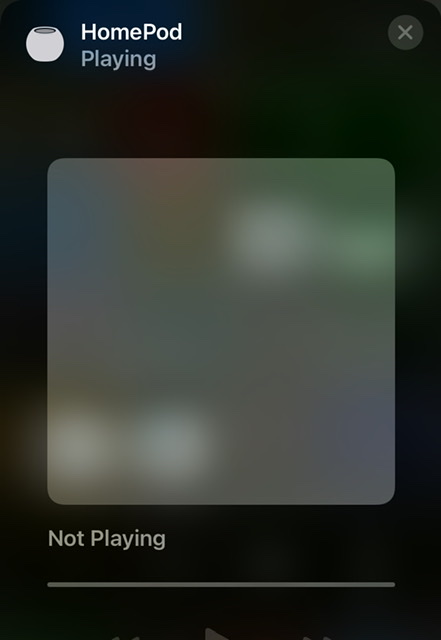 Unlike Arthur and the spaceship Heart of Gold, this HomePod can have tea and no tea.

a random, unfinished thought from someone who has barely invested any time in the MCU or Star Wars entertainments created after 1992:

In the mid-1980s, before it became 100% tween dreck, the Disney Channel had a family-friendly riff on MTV called "DTV." They mashed together shorts from Mickey & Minnie, the Chipmunks, Donald and the nephews, the whole shebang, and ran them back to back to back with bits of music and commercials in between. I was the age where you'd die rather than be caught watching DTV with your parents and your little brother, but we did watch it, a lot, that year or two. (There was also a "Leave It To Beaver" update with the whole cast. So weird!)

So what. So I think about Mickey and Pluto and Donald and I think "random cartoons." I don't think of a "canon" or a time-sensitive viewing-order. These media properties had already existed for decades, and I don't think there was ever an over-arching story (right?) They're just light entertainments.

The Simpsons many years ago reached this point. Even though the characters don't age, if you hold the first X seasons in your head, there is a sort-of canon. Grandpa was in WWII, Homer was in high-school in the 70s. ("...we stayed up listening to Queen/when I was seventeen") There were episodes that played with alternatives (the Friends one comes to mind. Barf.) but there was a backstory, destined to crumble over decades.

I think MCU and Star Wars and every other megahuge property will similarly get pulverized until they're all just interchangeable bits of DTV. But what do I know. ¯\_(ツ)_/¯ 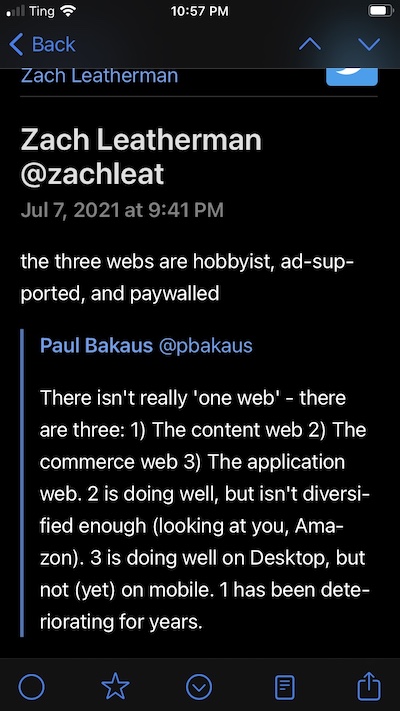 This tweet, and the joke reply, are also related to the "web is streaming" thing I just posted about.

The web is streaming...

I like Surma a lot. I'm only a hobbyist dev but his (infrequent) webdev podcast with Jake Archibald, HTTP 203 is fun. Still, I sort of hate this phrase. I know what he means, and it's only orthogonal to a longer thing I've been thinking about and failing to write concisely about, but... 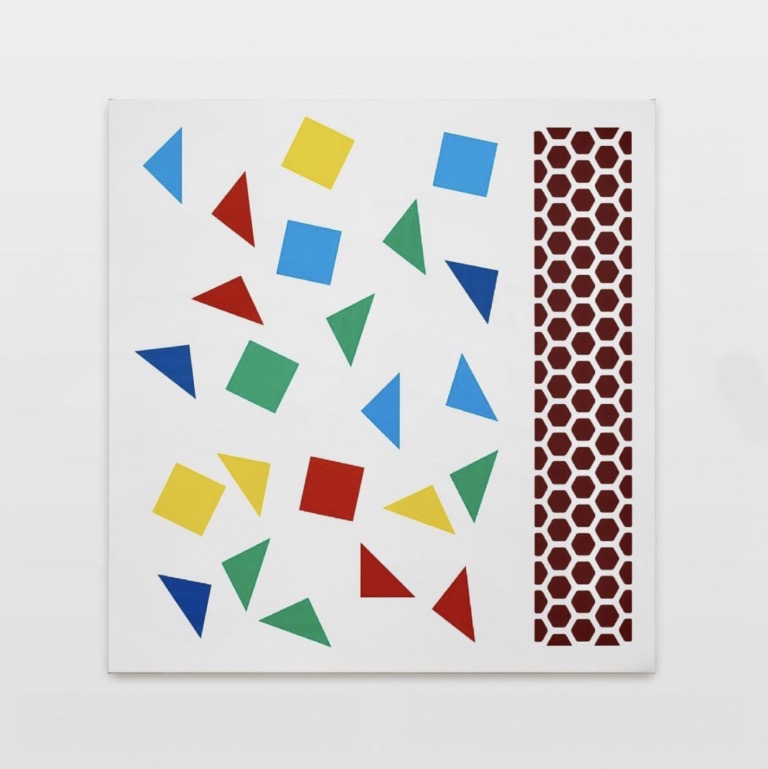 This sort of minor systems mystery is right up my alley. I poked around a few Secretaries of State for clues and came up with nothing. I hope someone recognizes whatever's happening here.

Ubuntu 20.04; ExpressVPN's "secure lock" or whatever; when my ISP goes out, the VPN "lock" thingie kicks in, but it sometimes clobbers more than it should. This post's Solution 2 is all I needed. TL;DR nmcli networking off and nmcli networking on. 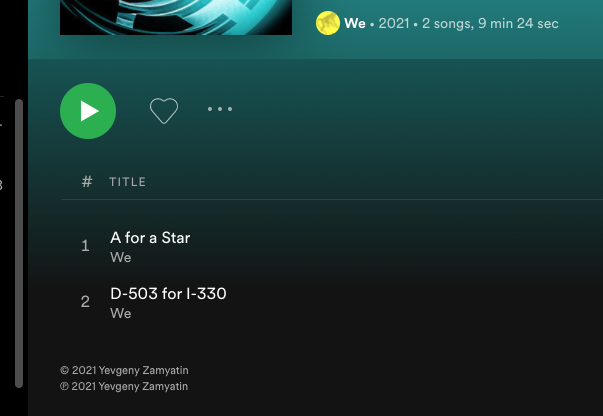 I'm starting to sympathize with duplicate band names on Spotify, et al. Needed to name a project and started punching random ideas into the search bar. Everything's been done before. I'm reading "We," thought I'd plug in the character's name. BAM, already done. Sheesh.